Although it’s been around since 2008, the company has been acquired and restructured, so it’s been rebuilt from scratch and is moving through a late start-up growth phase.

Following the restructure, marketing became key, but the small team faced a big problem when they started email marketing. PetrolPrices had a tank full of bad email addresses, spam-traps and honeypots. They wanted to reach out to members and build relationships as they built their freemium offering, but instead found themselves in an email marketing nightmare. Bounceback rates were high, their sender reputation was taking a pounding and campaign results were far lower than expectations.

They took advice from an email marketing expert who advised them to get their database clean and take a longer term look at the way that email addresses were used within their sales funnel.

Nick Wagstaff, Senior Digital Executive at PetrolPrices.com explains; ‘It was no use just cleaning the email address data we had on our database when we were still letting members use bad emails to sign up. We were letting bad data into our funnel from the top of the hopper. That’s why we took a two-pronged approach to cleaning up our email data. First off, we decided to tackle the problem at source by working out a way to only let clean emails into our system, before doing a database sweep to clean the data we’d collected.’

‘The problem we had to solve was how to validate emails as they were entered on our sign-up form. We felt we couldn’t rely on an ‘activate account’ email as it wasn’t bot proof. We’d been hit by bots signing up with a fake email address, then opening multiple accounts. Bots were also a pain as hackers tried to scrape data from us. What we needed was to nail email validation and make sure that at the first step people (or bots) couldn’t get any further if they entered a bad email address.’

In a typical day the PetrolPrices.com website attracts about 1000 attempted sign-ups, of which Email Hippo flags 30% as bad. Since integrating the email verification API, sign-ups have decreased, which is a result everyone is happy with as the quality of the data has improved. It’s a win-win situation as the company’s email marketing costs less and is more effective, so the business is moving forward. A secondary benefit is that by culling bad data as well as preventing it entering the system, Email Hippo helps reduce email delivery and data storage costs. That’s two great wins for a company with strong growth plans that centre around clean, valuable data.

‘Email Hippo has resolved our sign-up process problem, it sits in the background and is one of those things that just works. We don’t have to worry about our email data anymore, as we know Email Hippo will keep it clean.’  Nick Wagstaff, Senior Digital Executive, PetrolPrices.com 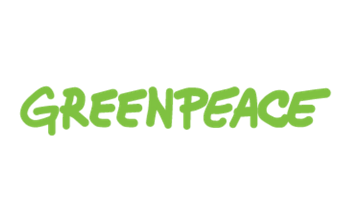 How does email validation play a part in helping Greenpeace make the world a better place?